The western super powers, USA, and the UK, even many Africans paint Idi Amin Dada Oumee as a sadistic, evil murderer, even saying he devoured some of his enemies.

Amin was the President of Uganda from 1971-1979 after ousting the elected government of Milton Obote, who had befriended Amin, promoting him to head of Uganda’s military.

Ugandans initially loved Amin, as he ousted 10-20 thousands Asians who controlled most of the profitable businesses in Uganda and hoarded money and wealth.

Throughout Amin’s reign, western media bombarded its newspapers and media outlets with alleged crimes against Ugandans perpetrated by Amin, from mass murder to torture and savagery. America and the UK sanctioned Uganda as the poor got poorer and violence and death continued. Media outlets contend Amin murdered up to 500,000 people, mostly Africans who opposed him, homosexuals, dissidents and elected government officials. Horror stories of Amin eating the flesh of his victims and enemies keeping their heads in his freezers were famously passed around media outlets. Newspapers also alleged Amin was suffering from latent syphillis, having contracted the disease from bordellos he frequented when he was an upcoming soldier and officer in the British military.

Amin was finally defeated by Tanzania after Amin had invaded attacked Tanzania first. Exiled Ugandan military and the Tanzania military invaded Uganda defeating its military. Amin fled to Libya with his wives and some say up to 30 children, as he was a friend and confidant of Muammar Gaadafi. The ousted dictator eventually relocated to Saudi Arabia where he died in exile.

Idi Amin remains buried there, yet to have his remains expatriated back to native Uganda.

HERO OR VILLIAN⁉ Only those who ACTUALLY LIVED THROUGH THE REIGN OF IDI AMIN KNOWS THE TRUE ANSWER TO THIS QUESTION. 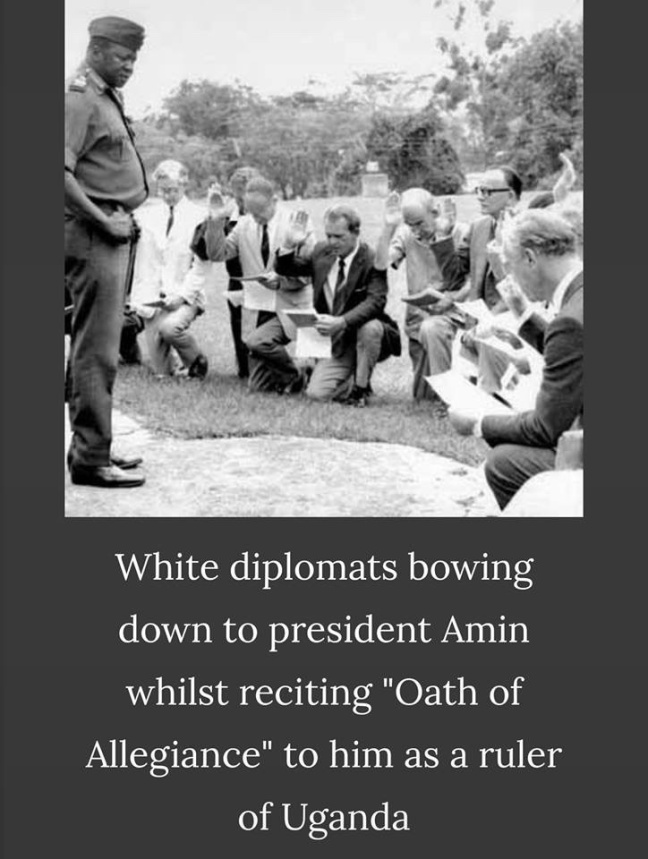